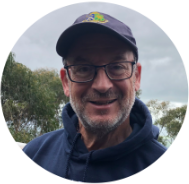 Paul's psalms and Mass setting compositions are widely used in parishes and schools throughout Australia and New Zealand.

Paul also serves the Church in the following roles to help promote music in the liturgy - the beauty that invites prayer.

Paul Mason is a liturgist and composer of liturgical music. He has worked in the music industry and in IT since the 1970’s, and began composing liturgical music in the 1990’s. He first published Mass of Glory and Praise in 2004 through Willow Publishing, followed by Psalms For All Time in 2007. He established www.liturgicalsong.com in 2007 for online sales and distribution of publications.

Paul played a significant role in the establishment of the Australian Pastoral Musicians Network (APMN) and worked full time as the Director of Liturgy and Ministry for the Diocese of Wollongong during years 2011-2020. Paul retired from this position in February 2020 to concentrate on composing and publishing activities at Liturgical Song. 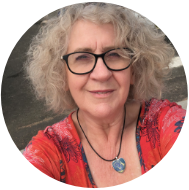 Marg also serves the Church in the following roles:

Marg's skills in general management and customer-focused service have contributed to the rapid establishment of the Liturgical Song brand since 2017. Marg was the face of Liturgical Song at conference exhibitions in Perth and Melbourne since 2017.Marg has worked in nursing since the 1970’s, and in nurse education and general management since 1997. Marg was a recognised leader in health industry education and e-learning at Sydney Adventist Hospital from 2002 - 2011. In 2013, Marg commenced working with Ramsay Healthcare as Learning and Development Manager at St George Private Hopsital. Margaret played a significant role in establishing the new Wollongong Private Hospital in January 2016. She took on responsibilities for Quality Management, Infection Control, Risk Management and Education at Wollongong Private Hopsital before being appointed as Director of Clinical Services in 2018. Marg retired from this position in April 2021 to concentrate on general management activities at Liturgical Song.

Marg played a significant role in the establishment and co-ordination of CareNet in Wahroonga Parish, a parish outreach to those in need within the parish. Marg also ministers as a reader.

Margaret and Paul live in Wollongong with Matthew, the youngest of their five children.