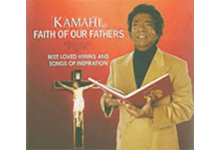 A Hebrew acclamation, Alleluia means "Praise God!" It occurs in twenty psalms in the Old Testament. The early Christians sang Alleluia as a response to the psalms. The earliest record of its use is found in The Apostolic Tradition by Hippolytus (c.170 - c.236).

The creation of the Roman Proper of the Mass in the late seventh century established the Alleluia chant as an independent rite, acclaiming the arrival of the Gospel and accompanying the procession of the minister and book of Gospels.

Today, the Alleluia, or an alternate acclamation during Lent, is the primary Gospel acclamation of the assembly in the Liturgy of the Word. By its very nature It is a song, and should be sung by all while standing and awaiting the Gospel.

Led by a cantor or the choir, the Alleluia should begin after a brief period of silence following the reading or psalm before the Gospel. The aclamation should be repeated if appropriate. The cantor or choir sing a verse after the initial round of acclamation. The acclamation is then sung again by all. The rite should last until the minister who is to proclaim the Gospel is ready to greet the people. The choice of musical setting should take into account the time needed for the accompanying procession.

1. What does the Directory for Masses with Children (DMC) say about the Alleluia?

Reading and Explanation of the Word of God

46. Verses of psalms, carefully selected in accord with the understanding of children, or a song in the form of psalmody or the Alleluia with a simple verse should be sung between the readings. The children should always have a part in this singing, but sometimes a reflective silence may be substituted for the singing. If only a single reading is chosen, the singing may follow the homily.

2. What does the General Instruction of the Roman Missal (GIRM) say about the Alleluia?

3. What does the Instruction for Music in the Liturgy, Musicam Sacram (MS) say about the Alleluia?

Note that Musicam Sacram placed the Alleluia chant of the Proper of the Mass in the 3rd degree of importance, while the acclamations at the Gospel itself ("Glory to you, O Lord" and "Praise to you, Lord Jesus Christ") were ranked in the 1st degree. In practice, the Alleluia acclamation, sung by all, has become the principal sung acclamation at the Gospel.

27. For the celebration of the Eucharist with the people, especially on Sundays and feast days, a form of sung Mass (Missa in cantu) is to be preferred as much as possible, even several times on the same day.

28. The distinction between solemn, sung and read Mass, sanctioned by the Instruction of 1958 (n. 3), is retained, according to the traditional liturgical laws at present in force. However, for the sung Mass (Missa cantata), different degrees of participation are put forward here for reasons of pastoral usefulness, so that it may become easier to make the celebration of Mass more beautiful by singing, according to the capabilities of each congregation. These degrees are so arranged that the first may be used even by itself, but the second and third, wholly or partially, may never be used without the first. In this way the faithful will be continually led towards an ever greater participation in the singing.

29. The following belong to the first degree: (a) In the entrance rites: the greeting of the priest together with the reply of the people; the prayer. (b) In the Liturgy of the Word: the acclamations at the Gospel. (c) In the Eucharistic Liturgy: the prayer over the offerings; the preface with its dialogue and the Sanctus; the final doxology of the Canon, the Lord's prayer with its introduction and embolism; the Pax Domini; the prayer after the Communion; the formulas of dismissal.

30. The following belong to the second degree: (a) the Kyrie, Gloria and Agnus Dei; (b) the Creed; (c) the prayer of the faithful.

31. The following belong to the third degree: (a) the songs at the Entrance and Communion processions; (b) the songs after the Lesson or Epistle; (c) the Alleluia before the Gospel; (d) the song at the Offertory; (e) the readings of Sacred Scripture, unless it seems more suitable to proclaim them without singing.

32. The custom legitimately in use in certain places and widely confirmed by indults, of substituting other songs for the songs given in the Graduale for the Entrance, Offertory and Communion, can be retained according to the judgment of the competent territorial authority, as long as songs of this sort are in keeping with the parts of the Mass, with the feast or with the liturgical season. It is for the same territorial authority to approve the texts of these songs.

33. It is desirable that the assembly of the faithful should participate in the songs of the Proper as much as possible, especially through simple responses and other suitable settings. The song after the lessons, be it in the form of gradual or responsorial psalm, has a special importance among the songs of the Proper. By its very nature, it forms part of the Liturgy, of the Word. It should be performed with all seated and listening to it—and, what is more, participating in it as far as possible.

34. The songs which are called the "Ordinary of the Mass," if they are sung by musical settings written for several voices may be performed by the choir according to the customary norms, either a capella, or with instrumental accompaniment, as long as the people are not completely excluded from taking part in the singing. In other cases, the parts of the Ordinary of the Mass can be divided between the choir and the people or even between two sections of the people themselves: one can alternate by verses, or one can follow other suitable divisions which divide the text into larger sections. In these cases, the following points are to be noted: it is preferable that the Creed, since it is a formula of profession of faith, should be sung by all, or in such a way as to permit a fitting participation by the faithful; it is preferable that the Sanctus, as the concluding acclamation of the Preface, should normally be sung by the whole congregation together with the priest; the Agnus Dei may be repeated as often as necessary, especially in concelebrations, where it accompanies the Fraction; it is desirable that the people should participate in this song, as least by the final invocation.

35. The Lord's Prayer is best performed by the people together with the priest. If it is sung in Latin, the melodies already legitimately existing should be used; if, however, it is sung in the vernacular, the settings are to be approved by the competent territorial authority.

36. There is no reason why some of the Proper or Ordinary should not be sung in said Masses. Moreover, some other song can also, on occasions, be sung at the beginning, at the Offertory, at the Communion and at the end of Mass. It is not sufficient, however, that these songs be merely "Eucharistic"—they must be in keeping with the parts of the Mass, with the feast, or with the liturgical season.

4. What does the Lectionary for Mass: Introduction (LMI) say about the Alleluia?

Acclamation before the Reading of the Gospel

23. The Alleluia or, as the liturgical season requires, the verse before the gospel, is also a ‘rite or act standing by itself.’ It serves as the assembled faithful’s greeting of welcome to the Lord who is about to speak to them and as an expression of their faith through song. The Alleluia or the verse before the gospel must be sung and during it all stand. It is not to be sung only by the cantor who intones it or by the choir, but by the whole congregation together.

Ministries in the Liturgy of the Word

56. The psalmist, that is the cantor of the psalm, is responsible for singing, responsorially or directly, the chants between the readings - the psalm or other biblical canticle, the gradual and Alleluia, or other chant. The psalmist may, as occasion requires, intone the Alleluia and verse. For carrying out the function of psalmist it is advantageous to have in each ecclesial community laypersons with a talent for singing and correct diction. The points made about the formation of readers apply to cantors as well.