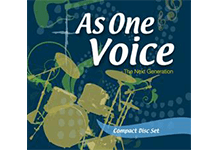 Here is a glossary of special terms associated with liturgical song.

Gradual: The psalm response and verse chanted after the first reading.

Liturgy of the Eucharist: The part of Mass immediately following the prayer of the faithful, beginning with the preparation of the altar and culminating with communion.

Liturgy of the Word: The part of Mass immediately following the opening prayer, beginning with the first reading and culminating with the prayer of the faithful.

Melisma: A sequence of notes, sometimes very extensive and elaborate, sung to one syllable.

Ordinary of the Mass: Those prescribed texts which are repeated at every Mass. The chants of the Ordinary include the Kyrie, the Gloria, the Credo, the Sanctus and the Agnus Dei.

Proper of the Mass: Those prescribed texts which are specific to the particular Mass. The chants of the Proper include the Entrance (Introit), the Responsorial Psalm (Gradual), the Alleluia, the Lenten verse before the Gospel (Tract), the Offertory and the Communion.

Tract: The acclamation and verses chanted before the reading of the Gospel.